In Luxury, the Female Factor

For a multibillion-dollar industry propelled by female purchasing power, global fashion is a notably male-dominated industry, not only creatively but commercially, too.

While the gender imbalance in designer hires often grabs the headlines, because their talents play out in the limelight, female chief executives also have historically been few and far between, despite a recent spate of high-profile appointments.

But there are signs that this is one industry-defining trend that may no longer be in vogue.

In the past 12 months, the French luxury group Kering, which owns brands such as Gucci, Bottega Veneta and Saint Laurent, recruited as chief executives Sarah Crook for the Christopher Kane brand; Hélène Poulit-Duquesne for Boucheron; and Grita Loebsack for its couture and leather goods emerging brands division. The hires doubled its number of female chief executives to six, out of a total of 22 brands.

In combination with the work of the Kering Foundation, which combats violence against women and promotes women’s rights, gender equality appears to have rapidly become a priority, with boardroom recognition that it needs more universal resonance.

“Kering has been among the first to pay attention to gender equality at all levels of our organization. It doesn’t only walk the talk in putting into practice gender equality and women’s rights,” said Patricia Barbizet, vice chairwoman of the Kering board of directors and chief executive of the luxury auction house Christie’s, both of which are controlled by the Pinault family.

“Talent has no gender, and there are many qualified female candidates everywhere,” she said. “Why would we deprive ourselves from this talent pool?”

But there is another, subtler element that may be a catalyst for the current change in attitude: acknowledgement of a major cultural shift toward the empowerment of women and both its impact on consumer value systems and the resulting new way of thinking about customer engagement in an era when average fashion shoppers are more educated and digitally savvy than ever before. With women responsible for 85 percent of luxury sales in 2015, luxury brands need to speak to female hearts, minds and wallets at every level of the business.

“Today, things are moving more than people think. The situation is improving, with some groups now being very proactive in either promoting or hiring women as chief executives,” said Floriane de Saint-Pierre, a luxury headhunter in France and a well-known adviser of the Kering Group.

She believes that the current trend will continue as the attitudes of board members — those in charge of chief executive nominations — evolve and become more diverse.

But statistically, men — in every field of business — are still more likely to know, to identify with and to promote other men. And many companies primarily stock their boards with former chief executives, creating a continuing cycle that limits opportunities for female candidates. So in 2010, Ms. de Saint-Pierre founded a digital platform, Ethics & Boards, to assess the board composition of 33 publicly traded companies on multiple criteria.

As of last September, it found that fashion and luxury boards had an average female membership of 25 percent. Some companies had a perfectly balanced board; nine had less than 20 percent female representation; some had no women at all. Notably, four companies had 40 percent or more female directors: Hermès, based in Paris, and three in the United States: Michael Kors, Estée Lauder and Kate Spade, all headquartered in New York.

“The question for brands now,” Ms. de Saint-Pierre said, “is how they can optimize growth strategies and minimize risks when the diversity of the board itself neither reflects its audience or consumers.”
... 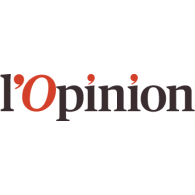